Aboriginal Legal Rights Movement Inc. is an independent Aboriginal community controlled organisation governed by our all Aboriginal Board.

Sandra Saunders – Chairperson
Sandra Saunders is a Ngarrindjeri artist and activist. She played a major role in the protesting over the Hindmarsh Island Bridge controversy. Sandra was the Director of ALRM in the late 80s. One her notable achievements include the setting up of the ALRM Native Title Unit, and the Royal Commission Monitoring Unit. Sandra’s directorship coincided with the release of the final report of the Royal Commission into Aboriginal Deaths in Custody, and she played an important role in ensuring that  implementation of the final report was closely monitored. Sandra’s corporate knowledge of the Movement and her ongoing connection with the Aboriginal community contribute to her success as a dynamic and involved chair of the ALRM Board of Directors

Sandra Miller – Executive Director
Sandy Miller is a Wirangu woman from the Ceduna area. She has provided strong leadership and excellence in policy development and service design across Aboriginal Health, Ageing and Welfare portfolios. A trail blazer in the public sector at a time when Aboriginal women were not represented, she assisted in breaking down the barriers for Aboriginal women aspiring to leadership roles. Maintaining her strong advocacy skills since leaving the public sector, Sandy has represented South Australian women’s voices at a national level through her commitment to the National Aboriginal and Torres Strait Islander Women’s Alliance and internationally at the United Nations. She is also an advocate for the rights of Aboriginal Elders

Lucy Evans
Lucy Evans has been actively involved in Aboriginal health in the regions for over a decade and has been instrumental in improving health outcomes for Aboriginal people. As Chairperson of the Aboriginal Community Centre for eight years, and as a member of the Aboriginal Advisory Committee, Lucy, in conjunction with other members, successfully developed and implemented the Mid North Health Plan in 2006, which continues to form the basis for health services to the Aboriginal community. Lucy has also served on the Aboriginal Health Council of South Australia and the South Australian Native Title Service and is a volunteer with the Victim Support Service in the Mid-North.

Lyn Jones
Lyn Jones is the Principal Aboriginal Mental Health Consultant for Child & Adolescent Mental Health Services, Women’s Children’s Hospital, Women’s & Children’s Health Network, South Australia. . She previously worked at Nunkuwarrin Yunti Of South Australia Inc. as a Case Practitioner in the Stronger Families Safer Children – Targeted Early Intervention Service.  She is a keen advocate for the rights of people with mental illness and has a particular interest in the mental health of Aboriginal people in the justice system.

Brenda Carter (Treasurer)
Brenda Carter previously worked as an Aboriginal health worker in her community for 22 yrs. She has advocated, supported, participated and developed health, education and wellbeing programs, both locally and regionally. She has been on numerous committees, support groups and steering committees at a local, state and national level. 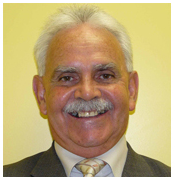 Frank Lampard is of Ngarrindjeri and Kaurna descent.
Frank commenced his career as an Educator and progressed to Senior Management Levels within the Public Sector and from these years of experience he has developed proven skills in Leadership, Policy Development, Strategic Planning, Resource and Project management.

He’s been involved in many community activities since his work life began and he strongly believes his ultimate goal is to significantly contribute to the justice and well being of Aboriginal people.

Frank has received numerous Community Awards over the years. Frank was  awarded an Order of Australia Medal (OAM) for his contributions to community and country.

David Rathman has always been  involved in Community development and growing community capacity through people power.
As a professional trainer he developed innovation in learning to re-engage people who had lost touch with education.

As an education and public administrator he worked for Aboriginal students and students who are on the margins of mainstream being an advocate and changing system thinking and practice.
Cultural understanding and changing practice through conducting workshops has been an important part of his role to improve outcomes and ensure an inclusive mindset exists within the wider community.